Your Words, Bought and Sold

by The Sick Passengers 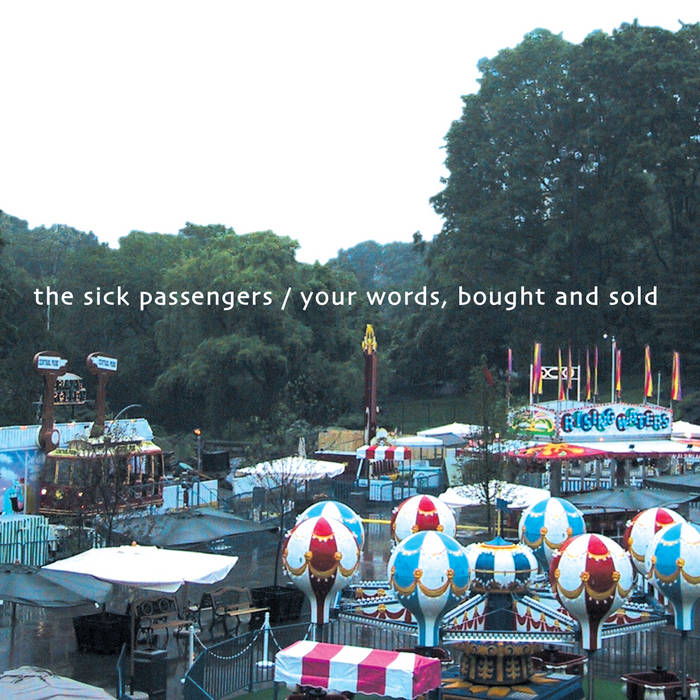 "We had no idea improvising tuba jockey Chris Meeder played guitar and sang in a rock band; what's more, he and his fellow Sick Passengers are quite a good rock band, borrowing tricks from Hüsker Dü, Gang of Four and other great indie heroes without sounding slavish. The band's new EP Iron Horse [included on this Bandcamp album] is filled with terse guitars, rich vocal harmonies and quirky rhythmic turns; we were disappointed it was over so quickly, so we just played it again."
— Time Out New York

"Not since Regretfully Yours has there been a more assured power-pop debut than Your Words, Bought and Sold. The songwriting is clever and unpretentious. And the hooks are irresistible."
— Lost at Sea Magazine

Recorded May-October 2003 at the Pigeon Club, Hoboken, and the Fort, Bushwick. Recording, processing, mixing, and mastering by James Bentley. Dave Roman assisted with recording and engineering, and sat in on theremin.

On this recording the Sick Passengers were Bill Kennedy, Mark Ladov, Christopher Meeder, and Chris Williams. Later, Jason Das was on board.

The Sick Passengers were a New York City-based post-punk rock band that was active from 2000 until 2005. They cranked out speedy, noisy, but tuneful songs inspired by the cream of American independent rock music in the late 80s and early 90s, performing regularly at clubs across the city. These albums are an archive of their recorded output. ... more

Bandcamp Daily  your guide to the world of Bandcamp